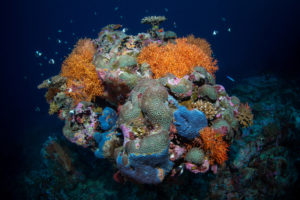 Everyone it connected to the earth and the ocean. It provides us with air, soil and clean water. To connect our guests with the environment around us, we offer the following bookable excursions:

Sea turtles remain under threat in the world’s oceans and are officially listed as threatened by the International Union for Conservation of Nature (IUCN). A Maldivian government endorsed programme is concerned with three key areas of turtle conservation:

Our turtle quest is focussing on the photo identification. It is aiming at contributing to establish an estimated inventory of Maldivian sea turtles – the identification of individuals within a population being the preliminary step taken in the ecological study of a species.

Embark on an adventure with our marine biologist and snorkel our colourful reefs and home to sea turtles. Learn how to differentiate between different species of turtles and try to get a clear shot of the turtle shield of “your” turtle. We will after the excursion use the picture to identify the turtle. Guests have the unique chance to contribute to Maldivian turtle research, but they can also name new individuals and receive a naming certificate.

Manta rays are long lived and late maturing animals that only reproduce on average once every five years, and only give birth to a single pup at a time. As a result of the trade in gill plates, populations of manta rays, which are currently listed as Vulnerable (VU) by the IUCN’s Red List of Threatened Species, are becoming increasing threatened. In March 2013 the world’s nations overwhelmingly voted in favour of regulating the manta’s gill plate trade, by listing these species under Appendix II of CITES (the Convention on International Trade in Endangered Species of Wild Fauna and Flora).

It is possible to identify every individual manta because each has its own unique pattern of black spots on its predominantly white belly. Just like a human fingerprint, these patterns do not change throughout the lives of the mantas, enabling the Manta Trust to track each individual as it is sighted over the decades (mantas live for 40 years). Every manta sighting – whether of a new manta or a re-sighting of an individual that is already known – is an important piece of a huge jigsaw puzzle, enabling the Manta Trust to better understand the population size, composition, migratory routes, reproductive output, native ranges, and areas of critical habitats. This knowledge is crucial for the on-going management and protection of these increasingly threatened animals, not just in the Maldives, but around the world.

For several years already we have worked closely with the Manta Trust who is providing us with detailed feedback on all the individual manta rays, which our guests encounter on both snorkelling and diving trips.

For each manta sighted and submitted we receive information on the manta’s encounter history: manta name, ID number, sex, size, where and when it has been sighted before. If the manta ray is sighted which has never been recorded before the guests who attended the initial sighting can chose a name for it. The guest then receives a manta-naming certificate.

With this we have contributed to the world’s largest manta ray database, documenting over 4000 individual manta rays.

Plant your own coral frame to rejuvenate coral reefs

Learn about the coral reef ecosystems and our coral restoration project. We also outline coral structure and identification and discuss threats to coral reefs. This is followed by ‘Build A Reef’ initiative, where guests can get hands-on with our marine biologist, transplanting their own coral frame. This frame is then placed at a suitable location in the lagoon. What better way of leaving your environmental footprint?